You are here: Home / Archives for Messenger spacecraft 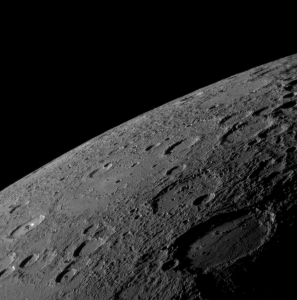 A new study has suggested that Mercury, the planet closest to the sun, is shrinking as its radius has witnessed reduction by some 7 kilometers over the past four billion years. The findings are based on data beamed back by NASA's Messenger spacecraft. Scientists Paul K. Byrne and Christian Klimczak of the Carnegie Institution of Washington used the images and topographic data of NASA’s Messenger … END_OF_DOCUMENT_TOKEN_TO_BE_REPLACED