You are here: Home / Archives for meningitis 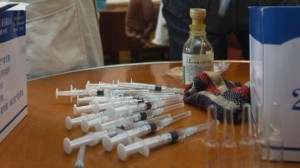 Three people have died of bacterial meningitis out of the eight cases reported this year, Los Angeles County health officials said. According to the state department, four of the eight people who suffered the illness had sex with other men. Moreover three of them were HIV positive. The three who died in February and March were 27 or 28 years old and two were HIV positive, the department … END_OF_DOCUMENT_TOKEN_TO_BE_REPLACED