You are here: Home / Archives for measles confrimed in California 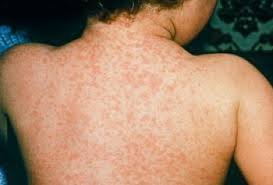 The once eradicated viral disease, measles, in the US (2000), has been witnessed rising again in numbers over the past several years. 15 cases of measles since Jan. 1 are confirmed compared to last year’s two measles cases, California health officials say. On Feb. 21 in California, the California Department of Public Health (CDPH) announced the confirmed cases in California in a press … END_OF_DOCUMENT_TOKEN_TO_BE_REPLACED