You are here: Home / Archives for Mars wart 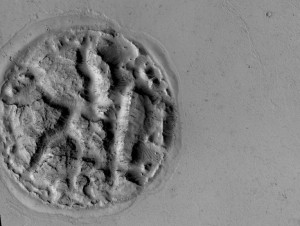 Scientists are currently trying to unveil the mystery behind an image of an unusual circular formation on Mars. An image captured by the Mars Reconnaissance Orbiter reportedly represented what NASA described as an "enigmatic landform." NASA also referred to the formation as resembling a "circular island." while some have noted it looks a lot like a human brain, a wart or a deformed … END_OF_DOCUMENT_TOKEN_TO_BE_REPLACED