You are here: Home / Archives for maritime archeology 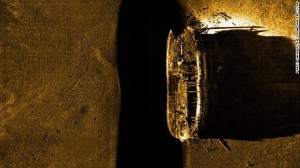 Almost 160 years, two British ships sailed towards the Arctic, in an attempt to map one area just above Canada. Unfortunately, the two ships disappeared and their loss has been a mystery ever since. The approximate locations of the two wrecks was unknown, but a recent Canadian expedition managed to locate one of the ships. In 1845, Sir John Franklin, went in an expedition along with 129 men and … END_OF_DOCUMENT_TOKEN_TO_BE_REPLACED