You are here: Home / Archives for man killed 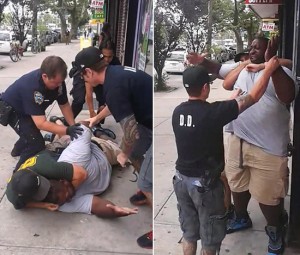 Thousands of protesters marched together on Saturday on Staten Island in the memory of Eric Garner, who lost is life a month ago after being held in a chokehold by a New York City police officer. Rev. Al Sharpton noted that if a police officer is able to do this to one citizen, he can do it to any other person he encounters and warned authorities that protesters would not remain silent in the … END_OF_DOCUMENT_TOKEN_TO_BE_REPLACED