You are here: Home / Archives for maine 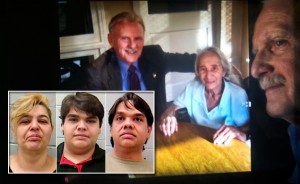 An elderly Los Angeles woman who had been missing for four years was found by authorities in a rundown shack in Maine where an unrelated family had taken her after gaining her confidence and selling her home. Sarah Cheiker, the woman in question, had disappeared at age 89 and was found by authorities in a dingy cabin in Edgecomb, where she had been abandoned. Detective Robert McFetridge, of the … END_OF_DOCUMENT_TOKEN_TO_BE_REPLACED