You are here: Home / Archives for lightning strike 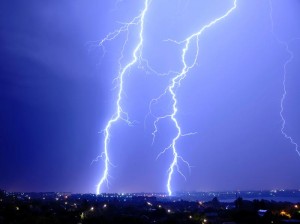 Researchers reported Thursday in the journal Science that the frequency of lightning flashes could rise by an estimated 50 percent across the continental U.S. over the next century. This increase could lead to more wildfires because lightning already triggers half of these blazes in the United States, the researchers said. Lightning also kills dozens of Americans annually, with that risk expected … END_OF_DOCUMENT_TOKEN_TO_BE_REPLACED