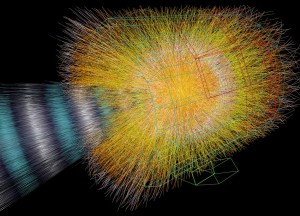 Scientists working at CERN claim new particle physics begins with LHC's second phase experiment. The new stage has been prepared for two years, but it was worth the wait as the collider is now capable of producing a larger amount of energy. The Large Hadron Collider began its activity in 2008 after its construction has been established at the Swiss-French border. Scientists have successfully … END_OF_DOCUMENT_TOKEN_TO_BE_REPLACED