You are here: Home / Archives for Kia Soul 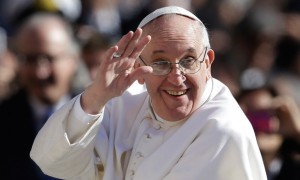 Before landing in Seoul, Pope Francis sent an unprecedented message of good will to China on Thursday. Apart for mutually congratulating each other upon both their being elected, the relationship between Pope Francis and Chinese President Xi Jinping has supposedly been very quiet. President Park Geun-hye greeted Pope Francis upon his arrival at Seoul Airport in Seongnam, Gyeonggi Province, … END_OF_DOCUMENT_TOKEN_TO_BE_REPLACED