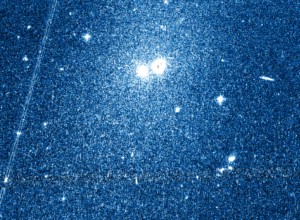 New dwarf galaxy found by Russian researchers at seven million light years away from Earth. The galaxy is situated in the southern area of the constellation Hydrus. The galaxy, known as KKs3 has been discovered by the Special Astrophysical Observatory in Karachai-Cherkessia, Russia, led by Igor Karachentsev. The dwarf galaxy has a weight of 23 million solar masses, a ten-thounsadth of the Milky … END_OF_DOCUMENT_TOKEN_TO_BE_REPLACED