You are here: Home / Archives for hamas operatives 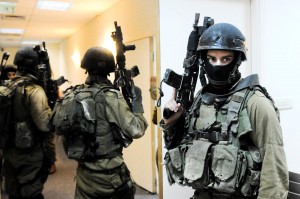 A West Bank hideout was stomped by Israeli Special Forces on Tuesday in search of the two Palestinian fighters suspected to have abducted and slain three Israeli teenagers in June. The gruesome attack triggered a series of responses that ultimately led to the start of the Gaza war this summer. The two Palestinians were found and killed, which ended one of the most important manhunts that Israeli … END_OF_DOCUMENT_TOKEN_TO_BE_REPLACED