You are here: Home / Archives for H7N9 virus 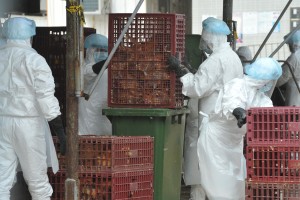 China has reported a surge in deadly strain of H7N9 avian flu this year. Since the beginning of this year, it has claimed four lives out of the 40 cases reported from the affected cities. On Thursday, five new human bird flu cases were reported in Zhejiang. The city has seen new H7N9 cases for 15 consecutive days. Meanwhile, some of the affected cities including Hangzhou, Jinhua and Zhejiang … END_OF_DOCUMENT_TOKEN_TO_BE_REPLACED