You are here: Home / Archives for H7N9 scare 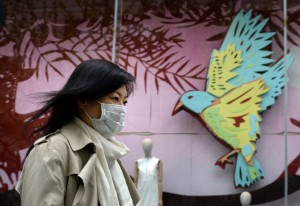 A day after Chinese authorities culled 22,000 birds to curb the spread of H7N9 bird flu, Hong Kong on Wednesday reported its third death from the disease. A 75-year-old elderly man, who had previously travelled to the neighbouring Chinese city of Shenzhen, died on Wednesday morning due to disease. Since December, Hong Kong had registered two deaths of men who had recently returned from … END_OF_DOCUMENT_TOKEN_TO_BE_REPLACED 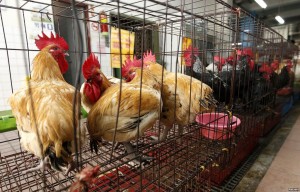 Amid the avian flu outbreak, Hong Kong has killed about 20,000 chicken that were imported from mainland China, fearing the traces of deadly H7N9 virus. China has reported a surge in deadly strain of H7N9 avian flu this year. Last week, it has claimed four more lives. Since the beginning of this year, 40 cases of H7N9 were reported from the affected cities. The television reports showed the … END_OF_DOCUMENT_TOKEN_TO_BE_REPLACED