You are here: Home / Archives for gun rights supports highest in two decades 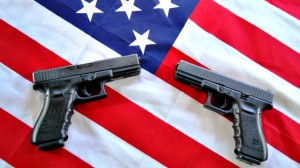 Gun rights support is at highest point in two decades, as claimed by data from the Pew Research Center. This is a surprising 180 in how people feel about the matter only two years following the Newton school shooting. The Pew Research Center revealed that 52 percent of citizens in the United States say rights claimed by the Second Amendment are more significant than gun control. This is a … END_OF_DOCUMENT_TOKEN_TO_BE_REPLACED