You are here: Home / Archives for greenpeace activists mark spot near nazca lines 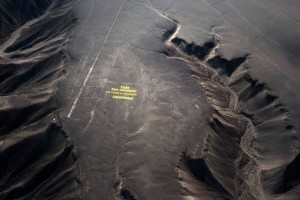 Peruvian authorities were outraged after Greenpeace, an environmental group marked an Ancient site near the Nazca lines. On the other hand, Greenpeace’s executive director assured authorities that this stunt had not been officially conducted and apologized for the actions of the group. As the Lima Climate Change Conference was underway, several activists decided to resort to extreme maneuvers … END_OF_DOCUMENT_TOKEN_TO_BE_REPLACED