You are here: Home / Archives for google glass sales 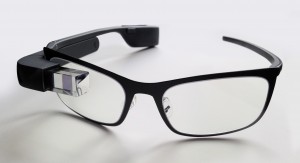 Google has just announced that it was planning to stop Google Glass sales of their innovative device on Monday. The reason behind this drastic decision is their plan to redesign the wearable device and make it more user friendly. Up until now, the story behind Google Glass isn’t a success one. Even though Google launched the device to the public in 2013, it was a small-scale event and the buzz … END_OF_DOCUMENT_TOKEN_TO_BE_REPLACED