You are here: Home / Archives for Ford GT and Acura NSX 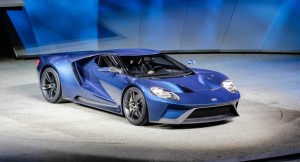 Two new supercars boost the auto industry’s mood after they impressed their audience during their unveiling at the Detroit Auto Show. Both autos, the Acura NSX and Ford GT, are produced in the United States, which is quite uncommon for this type of superior vehicles. U.S. vehicle trade figures have been climbing for the fifth year consecutively, leaving the recession with 16.4 million cars sold in … END_OF_DOCUMENT_TOKEN_TO_BE_REPLACED