You are here: Home / Archives for fight against terrorism 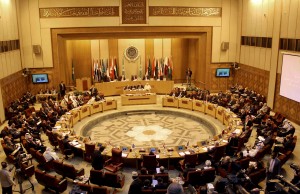 After their meeting on September 7th, the Arab League has agreed to combat the Islamic State militants that have been terrorizing Iraq and Syria. Either collectively or individually, all Arab League foreign ministers have agreed to confront the extremist group by all means necessary as well as to cooperate with international efforts aimed at limiting the rise to power of this terrorist … END_OF_DOCUMENT_TOKEN_TO_BE_REPLACED