You are here: Home / Archives for ferguson

A private autopsy on the body of Michael Brown has revealed that the boy, who was fatally shot by a police officer in Ferguson, had sustained six gunshot wounds, including two in the head. Hours before a midnight curfew took effect in Ferguson, Mo. For a second consecutive day, the police used tear gas to clear the streets of protesters. It was reported by The New York Times that there was an … END_OF_DOCUMENT_TOKEN_TO_BE_REPLACED 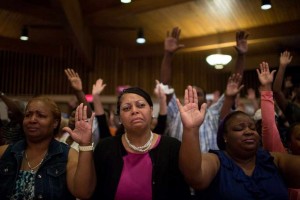 It’s been five days since the unarmed young black man, Michael Brown, has been shot to death by a police officer and the protests still continue. The community is shocked and appalled by the way this situation is being handled. The name of the police officer who shot Brown is still being withheld and the information about the shooting is being released selectively. The Ferguson, Missouri community … END_OF_DOCUMENT_TOKEN_TO_BE_REPLACED 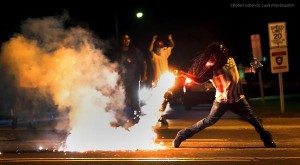 In order to disperse about 350 protesters, the police in Ferguson, Missouri, had to fire tear gas, stun grenades and smoke bombs Wednesday night. This fourth night of racial demonstrations was full of violence, after the police had shot to death, Michael Brown, a black teen. Brown was reportedly unarmed when he was shot multiple times by police. Witnesses claim Brown had his hands up and was … END_OF_DOCUMENT_TOKEN_TO_BE_REPLACED