You are here: Home / Archives for execution in Utah 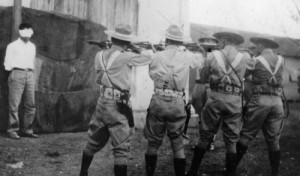 A Utah lawmaker has taken strict objection to the use of botched lethal injection for death sentence in Oklahoma last month, saying a firing squad is a more humane form of execution. Rep. Paul Ray, a Republican from the northern Utah city of Clearfield, batted for the firing squad form of execution, saying it is the most humane form of carrying execution of guilty. "It sounds like the Wild … END_OF_DOCUMENT_TOKEN_TO_BE_REPLACED