You are here: Home / Archives for e-book 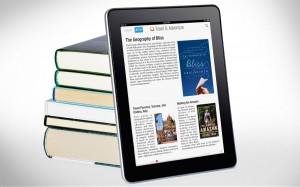 Apple e-book price-fix settlement consists of Apple Inc. having to pay $400 million in order to resolve a civil class-action lawsuit regarding the pricing of e-books. The iPad manufacturer reportedly conspired with five major publishers to fix e-book prices, according to court records filed Wednesday. This verdict depends on Apple’s previously losing an appeal into a 2013 ruling, according to … END_OF_DOCUMENT_TOKEN_TO_BE_REPLACED