You are here: Home / Archives for driverless cars 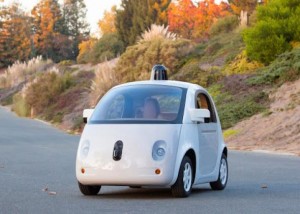 Google first announced its innovative self-driving car back in May 2014 but did not specify when it will start mass-producing it. The world’s most utilized search engine has just revealed that the Google self-driving vehicle is being assembled and developed near Detroit, inside a Roush facility. After that, the car will be tested in California, at Google’s facilities, and hopefully the car … END_OF_DOCUMENT_TOKEN_TO_BE_REPLACED