You are here: Home / Archives for Donetsk 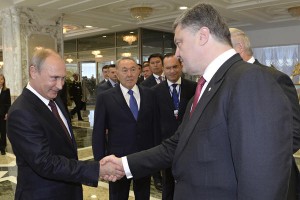 Vladimir Putin and Petro Poroshenko had a face-to-face encounter on Tuesday in Minsk, when they discussed the steadily worsening Ukraine situation at the bargaining table. It wasn’t just the handshake that was tense, as discussions produced no result or hope of solution for the Ukrainian conflict. All that came out of the encounter was the suggestion of future discussions. Initially, the Minsk … END_OF_DOCUMENT_TOKEN_TO_BE_REPLACED

According to Russian media, a convoy of 280 trucks carrying humanitarian aid has left towards the destroyed eastern Ukraine. The aid mission is reportedly being carried out in cooperation with the International Committee of the Red Cross. Despite the fact that about 45,000 Russian troops had gathered at the Ukraine border, Russia’s President, Vladimir Putin, insisted to involve Western agencies … END_OF_DOCUMENT_TOKEN_TO_BE_REPLACED 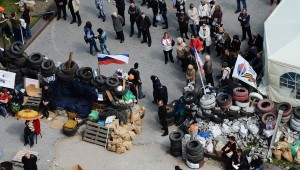 Many chose to ignore the Crimean Crisis for the past months, but it can no longer be pushed aside. It started on February 23, 2014, and although the main nations implicated are Russia and Ukraine, it has managed to impact the actions & decisions of other countries such as the United States, Poland and surrounding territories. At present, the Crimean Peninsula, which was previously owned by … END_OF_DOCUMENT_TOKEN_TO_BE_REPLACED