You are here: Home / Archives for dog killed in road rage attack 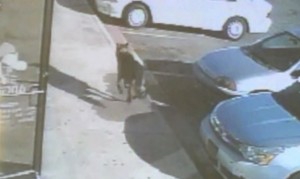 Witnesses could only marvel at how a family dog saved his owners during an Atlanta road rage attack by jumping in front of the bullet flying towards one of the children. The German Shepherd shielded his family during the attack that took place on Friday. According to CNN reporters, the incident began on an Atlanta road with an altercation. Apparently, the drivers started arguing after the … END_OF_DOCUMENT_TOKEN_TO_BE_REPLACED