You are here: Home / Archives for district court 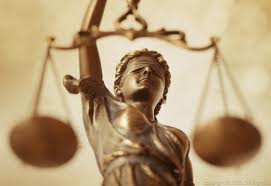 A federal judge said he would do his best to make a ruling sometime early in 2014 on a legal challenge to Utah’s ban on same-sex marriage. His comments came after an attorney requested an end of the prohibition by saying the precedent was set by the ruling of the U.S. Supreme Court and that discrimination has gone on too long. Judge Robert Shelby from U.S. District court heard arguments over … END_OF_DOCUMENT_TOKEN_TO_BE_REPLACED