You are here: Home / Archives for District Attorney General 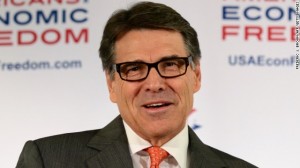 Gov. Rick Perry vowed on Saturday that he will fight his indictment on charges of "abuse of power". He referred to these accusations as a "political prosecution" and "farce" during his debate. At the moment, Mr. Perry has two felony counts against him. They are a result of his pressures on the district attorney here. He wanted the democrat to withdraw using threats to veto state funding for her … END_OF_DOCUMENT_TOKEN_TO_BE_REPLACED