You are here: Home / Archives for Diego Maradona 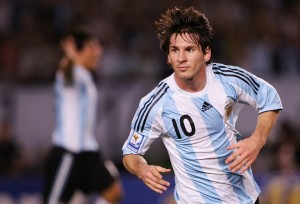 Messi may have been named player of the year for the fourth time in a row, he may be considered the world's best soccer player, but supporters from Argentina still do not accept him fully. In Rio de Janeiro, Argentine fans unfurled a banner with Diego Maradona on one side, Lionel Messi on the other, and Pope Francis in the middle. even cheered and chanted "Ole, ole, ole, Messi, Messi!". Although … END_OF_DOCUMENT_TOKEN_TO_BE_REPLACED