You are here: Home / Archives for depression in father 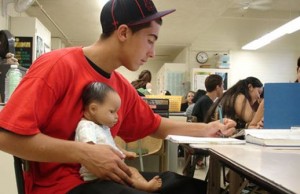 A new study has found that men who become fathers at young age are likely to be at a increased risk of developing depression symptoms after their baby’s birth to their kindergarten. According to the researchers, depression symptoms tend to rise among young men who become fathers (in their 20s) and live with their tiny tots. The symptoms remain atleast during the first five years of the child's … END_OF_DOCUMENT_TOKEN_TO_BE_REPLACED