You are here: Home / Archives for deportation law 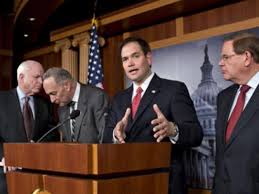 On Friday, President Obama discussed the bill that Republicans have been planning to pass and described it as an unworkable and extreme piece of legislature. He also added that the bill is clearly going nowhere and that Republicans aren’t trying to solve the problem. Obama’s statement during a press conference at the White House was actually much harsher. The bill is, according to President … END_OF_DOCUMENT_TOKEN_TO_BE_REPLACED