You are here: Home / Archives for cruise ship 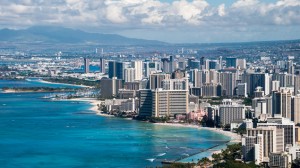 HONOLULU — A 87-year-old man from Salt Lake City died Friday after hitting his head while on a cruise ship near a Hawaiian island days after falling while on a cruise in Hawaii. The Honolulu Medical Examiner’s Office confirmed James C. Harte died Friday, four days after he sustained a head injury which he got due to fall on a Hawaiian cruise ship. An official said an examination was … END_OF_DOCUMENT_TOKEN_TO_BE_REPLACED