You are here: Home / Archives for control 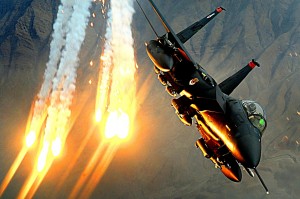 Since the Islamic State began to outright defy the United States by publicly beheading American journalists, more than 100 airstrikes have been carried out in Iraq. Now, a new waves of airstrikes have been carried out near Haditha Dam, which has been a target for the IS extremists in the last months. According to the United States military Central Command, the government of Iraq requested … END_OF_DOCUMENT_TOKEN_TO_BE_REPLACED