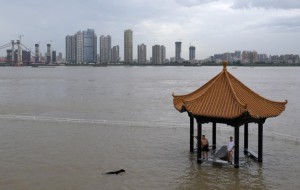 Funding for cutting down global warming has extended to $650 billion, but 2014 was probably the hottest year, UN officials estimate. Even more worrisome, this budget needs to double in order to prevent the planet from overheating, United Nations agency says. According to the same source the cash flow from developed to less or under developed nation is a crucial element of an agreement  that … END_OF_DOCUMENT_TOKEN_TO_BE_REPLACED