You are here: Home / Archives for christmas 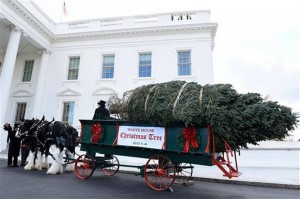 The White House Christmas Tree for this year has just been delivered on the first day after Thanksgiving, according to the tradition that dates back to the early 60’s. There is a lot of speculation and even more reported dates of when this practice actually originated. It is rumored that the White House first hosted a celebratory Christmas Tree in 1889, during Benjamin Harrison’s presidency. … END_OF_DOCUMENT_TOKEN_TO_BE_REPLACED