You are here: Home / Archives for center of the galaxy 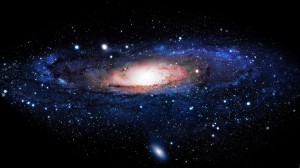 Astronomers have long attempted to solve the mystery of the Milky Way’s center, where a thin object not formed of hydrogen has caused countless, unconfirmed, theories. Finally, scientists claim that they solved this riddle and that they now know what this mysterious object is. According to recent observations, astronomers are now almost certain that G2 was a complex of binary stars orbiting in … END_OF_DOCUMENT_TOKEN_TO_BE_REPLACED