You are here: Home / Archives for CDC report 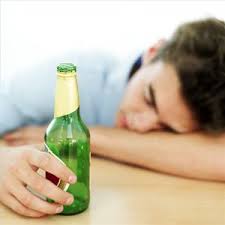 According to recent reports, alcohol poisoning causes the death of more than 6 people in the United States, daily. Also, the mortality rate is higher among middle-aged men, according to what the federal health officials made public on Tuesday. The recent report showing that alcohol poisoning kills more than 6 Americans daily was the first of its kind in ten years and was conducted by the Center … END_OF_DOCUMENT_TOKEN_TO_BE_REPLACED