You are here: Home / Archives for car recall 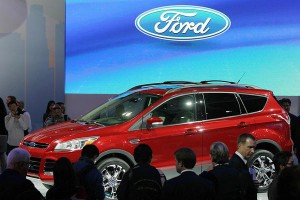 United States car manufacturer, Ford, announced that it will recall 850,000 cars all over North America due to a potential airbag fault. According to Ford, they have discovered a glitch that could potentially generate a short circuit which in turn could render airbags useless. As Ford describes it, the short circuit causes the airbags to not properly deploy during crashes. In the affected … END_OF_DOCUMENT_TOKEN_TO_BE_REPLACED