You are here: Home / Archives for Amish girls abduction 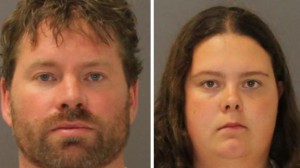 On Friday 15, two Amish girls were kidnapped and sexually abused by Stephen Howells II and Nicole Vaisey. The northern New York couple was charged with the abduction of the girls, but a prosecutor believes that they will receive more charges in the following week. At the moment potential evidence, such as computer hard drives, are still being collected at the couple's home, declared Mary Rain, … END_OF_DOCUMENT_TOKEN_TO_BE_REPLACED