You are here: Home / Archives for Amazon River Basin 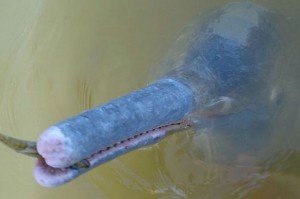 A novel species of river dolphin has been discovered by the scientists in Brazil. Known as Inia araguaiaensis, it is the first new species to be found since 1918. It can mostly be found in a 932-mile stretch of the Araguaia-Tocantins River system in Brazil. Scientists estimate the number of dolphins currently living in the basin is somewhere in between 600 to 1,500 and they propose they be … END_OF_DOCUMENT_TOKEN_TO_BE_REPLACED