You are here: Home / Archives for alarming rates of methane released 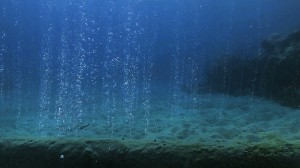 According to a recent study the seafloor methane released into the Pacific Ocean is growing at an alarming rate. The water from intermediate depths in the Pacific Ocean on the West Coast of the United States is warming to at such a point in which deposits of carbon will start to melt and free methane into the water. Almost 4 million tons of methane has been released over the past forty years … END_OF_DOCUMENT_TOKEN_TO_BE_REPLACED