You are here: Home / Archives for A(H7N9) virus 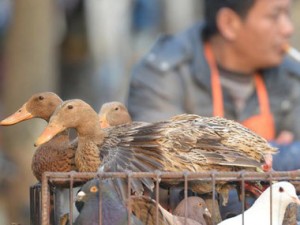 A sudden increase in the cases of the deadly new strain of bird flu is being reported in China, at the commencement of 2014, according to BBC. Five new human H7N9 cases were reported on Thursday in east China's Zhejiang Province and another in Shanghai Municipality, according to local health authorities. The World Health Organization has called for alertness and asked authorities to be prepared … END_OF_DOCUMENT_TOKEN_TO_BE_REPLACED