You are here: Home / Archives for 66th Emmy Awards 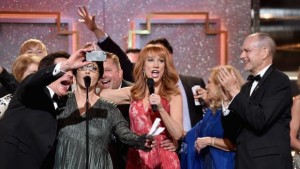 The 66th Primetime Emmy Awards took place at the Nokia Theater in Los Angeles, with Seth Meyers as host, and was a win for broadcast and cable television across the U.S. AMC’s “Breaking Bad” was the big winner on Monday night, getting no less than 5 awards, including its second consecutive prize for outstanding drama series. In the meantime, Netflix remained in the shadow. It’s true that Uzo … END_OF_DOCUMENT_TOKEN_TO_BE_REPLACED