You are here: Home / Archives for 200 Million 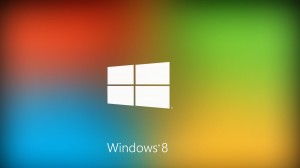 When Microsoft had launched its Windows 7 OS it had recorded a sale of 240 million copies in just the first year. A year and half ago, Microsoft launched Windows 8 which has sold 200 million copies in this period. The figures have been officially announced by Microsoft through their head of marketing Tami Reller during a Goldman Sach technology conference. The report comes to us from Seattle. … END_OF_DOCUMENT_TOKEN_TO_BE_REPLACED