You are here: Home / Health / Exercise Can Boost Brain Power in Old Couch Potatoes Too 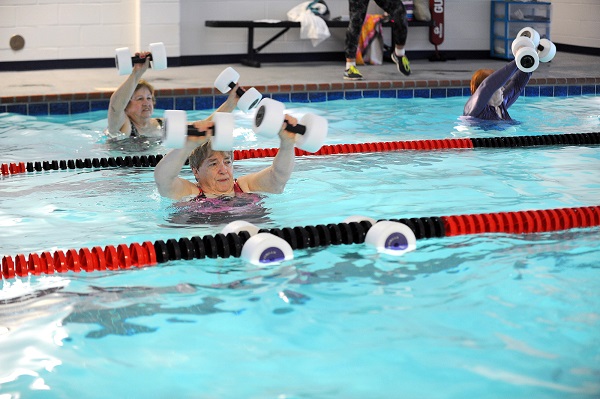 A metanalysis shows that old couch potatoes can greatly benefit from exercise even if they start later in life.

After sifting through nearly 100 studies, University of Miami researchers found that people over the age of 60 can remain mentally fit if they exercise.

Keeping the brains of the elderly in good shape is critical as, by the year 2050, the world will have 2 billion seniors. Scientists haven’t reached a consensus on how much exercise is good for the elderly.

The latest study doesn’t focus on the amount of weekly or daily exercise. It shows that older people can begin exercising and have real health benefits.

Exercise did make a difference in improved brain power,

Gomes-Osman leads the Neuromotor Plasticity Laboratory (NPL) and is a researcher at the Miller School of Medicine.

For instance, seniors who exercise 52 hours for a half year scored higher in tests that measured their ability to reason, plan, learn, and remember. Even those with cognitive impairments displayed improvements.

Also, the study shows that one can exercise more than 52 hours over the said period to see the benefits.

Dr. Gomes-Osman explained that the 52 hours are a mark that seniors should hit to boost their brain power. Also, seniors should not exercise strenuously to benefit from the physical activity.

They can walk, bike, run, or weight lift at low intensity and still be able to help their aging brains. It is worth noting that people aged 60 or older are unlikely to get engaged in a hard workout as they lack the cardiovascular ability and physical strength.