You are here: Home / Science / Do Female Scientists Get the Recognition They Deserve? 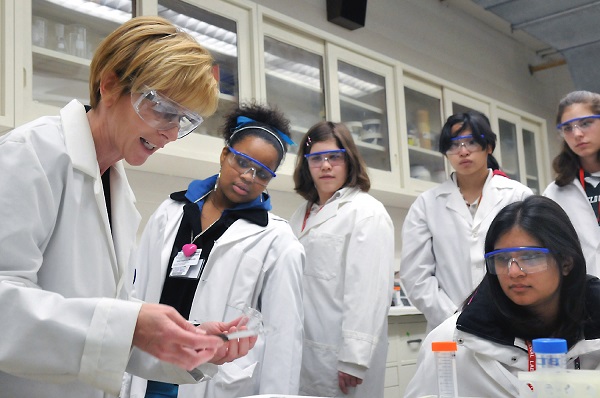 Lego has just released its long-awaited set Women of NASA, and soon earned the title of Amazon’s bestselling toy. Such a move was supposed to make it easier for female scientists to achieve recognition but, unfortunately, they still have to struggle to make their work known across the world.

This Wednesday, Lego launched Women of NASA, a toy set which honors four renowned female space scientists. The set had a much bigger success than anyone would have expected, as Amazon reported that it quickly became the bestselling toy they ever provided. However, this contrasts with the actual success rate of real female scientists.

A report released by the National Science Foundation showed that the number of women who earn a PhD in science is now almost double when compared to the statistics from 2005. Also, 42 percent of these awards have been given to women since 2009. However, this year, no woman received a Nobel Prize, in any category.

Maia Weinstock was the creator of the popular Lego set. She declared her main aim when designing the toys was to honor real female scientists, who are still alive and whose merits can still be admired. Unfortunately, these women do not get all the recognition they deserve in real life, and this is definitely frustrating.

However, maybe this is only the start. Weinstock thinks the Lego set does a great job in celebrating the results of female scientists, and the immense popularity it has received might propel the awards these remarkable women actually deserve.

The fact that people fought to get the set shows they are interested in celebrating the merits of female scientists, and of women in general. This way, we might soon move to a more progressive way of thinking, where people are recognized based on their achievements, and not on their gender.
Image Source: Wikimedia Commons