You are here: Home / Nature / Flowers Cast a Bluish Hue from their Petals to Attract Bees 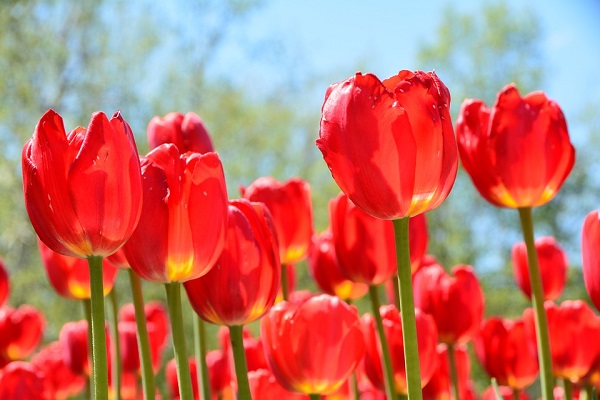 Flowers are not just simple petalled beauties which enchant us with their colors and scent. Although we don’t usually see it, they have a special mechanism to attract bees and, this way, maintain their survival. The trick is provided by a series of ridges on the petals which cast the discreet light.

Flowers never cease to surprise us, and the discovery of such a clever trick to tempt the pollinators is one of the most clever things we could ever learn about them. These plants have petals with some tiny ridges and irregularities on them. Although we cannot spot it, the sequence created by these ridges and the spaces between the petals casts a bluish hue. This optical scheme attracts the attention of bees, and drives them towards the flowers.

Previously, researchers have found out these ridges have optical properties. When light is cast upon them, the formations diffract it, creating the bluish hue effect. Then, researchers started exploring more species of flowers with big petals to see if they exhibit the same behavior. The study has been published in the journal Nature.

The trick is provided by light-diffracting ridges on the petals

Therefore, they selected 12 flower species, and looked at their capacity to manipulate the light falling on them. Each species had its own distribution of ridges, which differed in terms of spacing and placement. However, all of them cast a bluish hue, creating the illusion of a blue halo surrounding the corolla. Then, further findings suggested the degree of disorder in the ridges influenced the intensity or appearance of the halo.

The hypothesis was tested by using bumblebees and some squares which contained light-manipulating ridges. Then, researchers put a sweet and bitter substance on the square. The bumblebees knew exactly where they should go to get the sweet treat, and were much quicker in spotting the bluish hue than humans could ever be.
Image Source: Max Pixel