You are here: Home / Science / Deposits in the Martian Eridania Basin Might Help Us Find Out How Life Evolved on Earth 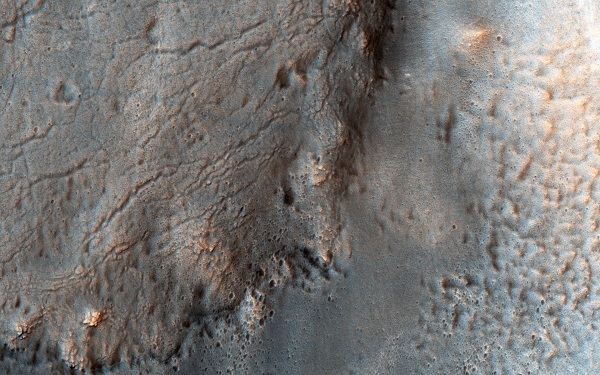 With the help of the Mars Reconnaissance Orbiter (MRO), researchers managed to make some interesting observations. After studying the Eridania basin, they found some traces of some hydrothermal deposits accumulated on its bottom. This is a massive discovery, since it might offer us a valuable perspective on life, and how it might have started on Earth.

The Eridania basin had some hydrothermal deposits on its bottom

The Eridania basin is situated in the southern part of Mars and, according to NASA, a massive sea occupied it 3.7 billion years ago. However, this seawater had quite an intense hydrothermal activity, which led to the accumulation of these deposits. The cause of this activity were the many active volcanoes present on the surface of the planet.

On the bottom of Eridania, there were some intricate textures and formations, which led to the identification of the hydrothermal deposits. Also, thanks to the spectrometer present on the MRO, scientists could analyze the composition of the deposits. Therefore, they found out they were rich in carbonates, minerals, serpentine, and talc.

However, there was no sign of any life in these formations. Even so, researchers still think the discovery might have a huge value for life on Earth. The first example of life on our planet was found in similar deposits. However, due to the intense volcanic and tectonic activity on Earth, they are now impossible to study.

Therefore, scientists might use these ancient Martian deposits to simulate the primordial Earth conditions. By using such a model, they might be able to find out what was the element which triggered the formation of life on our planet. The advanced study on these Eridania deposits has been published in the journal Nature Communications.
Image Source: Wikimedia Commons