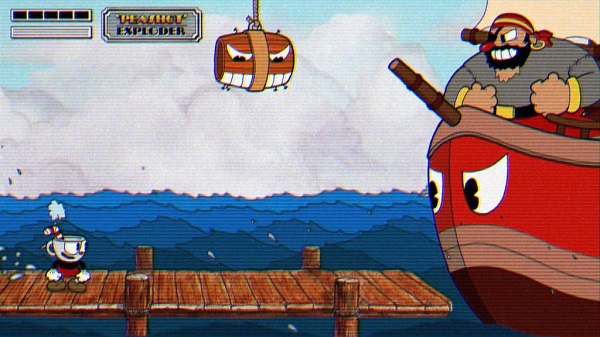 Cuphead requires impressive skills if you want to finish it quickly

Cuphead is a 2D classic shooter game which comes as the next exclusive on Xbox One. The game has all the potential to attract a huge amount of fans, as it makes them gather all their forces to face various challenges. Therefore, it is a game for the tough, which requires a lot of effort and skill to defeat each boss you have to battle.

Players have to travel through three worlds, fight each boss they meet and, at the end, if they defeated each of the bosses from the regular difficulty option, they get to play the finale. However, the game is no easy task. The experience is intense, and the amount of time you should spend battling each boss depends on many factors, but the more experience you have with similar games, the easier should be for you.

Each of the three worlds comes with some bosses of its own, and a few other elements. They also have a Mausoleum, which are some sort of small levels at the end of which you get some achievements. The worlds also come with some power levels, where you have to run and gun enemies down. There are six of these levels, and each of them comes with different difficulty levels.

The game is pure challenge and action

Each time you defeat a boss, you get to the next level. Some of them are not that hard to beat, but it depends on how skilled the players are. If you have plenty of experience with games of the type, you might get rid of a boss in 10 minutes. However, for a beginner it might take longer.

Cuphead has no complex storyline, and there’s nothing you should explore. However, each world is related to the previous one, and you beautifully pass from one to the other. Apart from this, Cuphead is the best game for you to practice your skills with, and offers you pure action and challenges without many embellishments.
Image Source: Flickr