You are here: Home / Tech & Science / Scientist Creates AI Network which Comes Up with Clever Ideas for Halloween Costumes 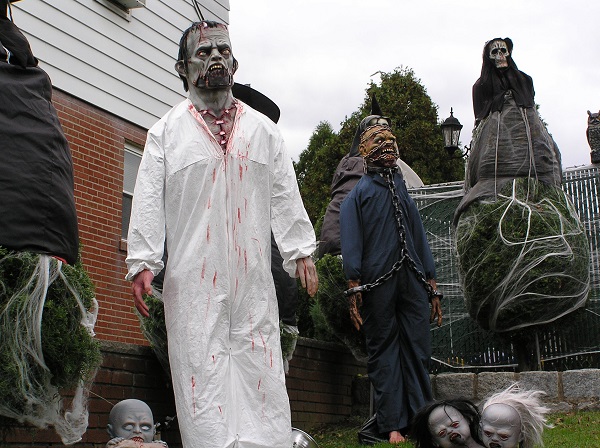 In case you lack the inspiration necessary to find a unique idea for a Halloween costume, you might want to ask an AI for help. A scientist decided to build a neural network to help her in this impossible task, and the results the machine came up with are the most clever and fun things one can imagine.

The scientist found a clever solution to the Halloween problem

Janelle Shane has trouble every year when she has to find a fun idea for a Halloween costume. This year, she decided to pass the responsibility to her computer, so she built the first neural network which can launch random ideas for costumes.

At first, she collected a number of 4,500 ideas for Halloween costumes from the internet, and gave them to the machine as a sample. Then, the machine could play on these words and make all kinds of combinations, resulting the wackiest of ideas. Of course, at the beginning, the machine wasn’t completely accurate, so some of the ideas didn’t quite make sense.

However, after a few tries, the ideas started getting creative. For instance, some of the best results include the dragon of liberty, pickle witch, party scarecrow, or the sad pumpkin king. Shane explained the machine was only looking to create new combination of words, but it still manages to provide some extremely clever ideas.

The AI formed its own mechanism of creating Halloween costumes, and it managed to do it in a creative way. It’s not based on memorizing a certain pattern, so most of the ideas are merely the result of guessing. However, even the guessing is clever. For instance, one of the costume ideas is “The Shark Knight”, and Shane wanted to assure everybody the machine wasn’t aware this was a pop culture reference.

She declared this experiment a success, so she didn’t hesitate to publish many of the machine’s ideas on Twitter. However, she decided to try a human idea as a Halloween costume, and used someone’s submission sent as a sample for the AI: Ruth Vader Ginsberg.

I trained a neural network to generate Halloween costumes. It had trouble w/the sexy costumes, but loved sharks. https://t.co/H1YW5qjckD pic.twitter.com/hEDWKc97gt

I need to show you some of the costumes from the bonus names that wouldn't fit in my original post. Because – BOBA FECK pic.twitter.com/MIOV5AJP33