You are here: Home / Tech & Science / CRISPR Was Used To Change The Color Of A Japanese Flower 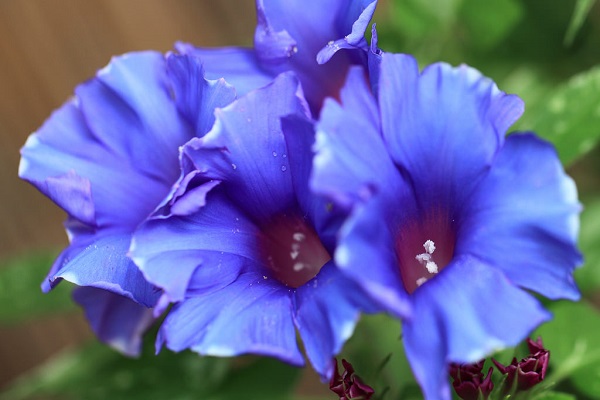 Scientists used CRISPR to turn the purple petals of a Japanese flower white.

A team of researchers presented their use of the CRISPR/Cas9 gene altering technique in completing changing the color of a Japanese flower from its usual violet to white. This was achieved through the modification of a single gene.

The research team reportedly chose the Japanese morning glory plant as it was already part of the NBRP or the National BioResource Project in Japan. Thanks to this, the scientists already basically knew the genetic coding of the purple Japanese flower.

The Pharbitis nil or Ipomoea nil or simply the morning glory was targeted for its genetic code, which then led to the altering of petals’ colors. To do so, the team basically “shut down” its DFR-B gene. This is responsible for the color of this Japanese flower, as it produces the anthocyanin color pigment.

The Cas9 enzyme was used to splice the DNA of the flower. It allows researchers to cut the desired gene and place new ones instead.

According to reports, the scientists were 75 percent successful in growing the treated plant with white petals instead of the usual purple.

“To our knowledge, this report is the first concerning flower color changes in higher plants using CRISPR/Cas9 technology,” state the researchers in a new paper on the matter.

The team also pointed out that there no mutations observed in the genes close to the altered one. This helped indicate the accuracy of the CRISPR/Cas9 technique.

According to a statement, the researchers believe that the success of their study will “facilitate” the altering of flower colors and shapes. These could target both this Japanese flower as well as other plants and vegetables as well.

The team also considers that this study also has implications about the potential uses of the technique, and also its moral concerns and potential future uses.

Presently, the researchers will be using their current study results more as a way of promoting the accuracy and potential of CRISPR. Research findings are available in a paper in the journal Scientific Reports.